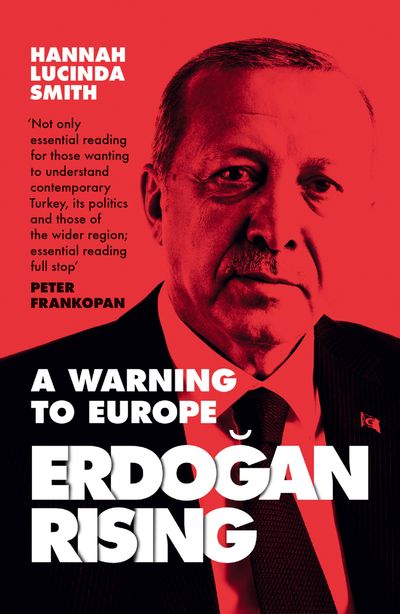 Erdogan Rising: A Warning to Europe

‘It is a must’ The Times

Who is Recep Tayyip Erdogan, and how did he lead a democracy on the fringe of Europe into dictatorship? How has chaos in the Middle East blown back over Turkey’s borders? And why doesn’t the West just cut off Erdogan and his regime?

Offering extraordinary, eye-opening insight into a country that often hides its cards, Hannah Lucinda Smith combines a history of modern Turkey with close-up studies of its mercurial leader, its tumultuous politics and the broader political currents playing across Europe.

Author: Hannah Lucinda Smith
Format: Paperback
Release Date: 03/09/2020
Pages: 416
ISBN: 978-0-00-830888-9
Hannah Lucinda Smith is The Times‘ correspondent in Turkey, where she has covered conflicts, a coup attempt and the rise of controversial president, Recep Tayyip Erdogan. During her time in the country, she has also reported from inside rebel-held Syria, on the front lines of the battle against Isis in Iraq, and joined the mass movement of migrants on their journey to Europe in 2015.

Erdogan Rising: A Warning to Europe

‘It is a must’ The Times