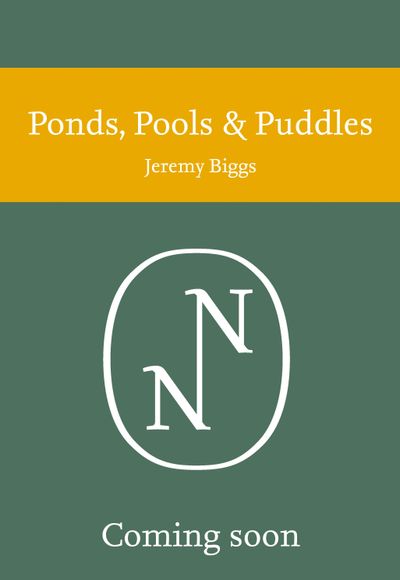 By Jeremy Biggs and Penny Williams

Ponds and pools are a common feature of our landscape – there are at least ten times as many ponds as lakes in the UK – and they are also important wildlife habitats. This book provides a comprehensive and detailed account of these freshwater habitats.

The first chapter discusses what ponds, pools and puddles are, how they differ from rivers and lakes, their origin – natural or man-made, the different types of ponds and their abundance and distribution in Britain.

A second chapter looks at ponds as ancient natural habitats that have existed for millennia on the earth’s surface. Ancient pond communities, as preserved in inter- and post-glacial sediments, are compared with modern pond communities. This chapter also examines the physical and chemical environment of ponds, covering aspects such as size, shape and depth, hydrology, oxygen and temperature.

Ponds, pools and puddles are important wildlife habitats; they are as rich in species as rivers, and support rare and uncommon taxa including about half of Britain’s Red Data Book wetland plant and animal species. The authors give a comprehensive survey of the variety of plant and animal life for which ponds, pools and puddles are a habitat, with a chapter each on plants, invertebrates, amphibians, and fish, birds and mammals. The book discusses the importance of ponds to each of these groups and the ways in which the organisms exploit ponds, describing their habitats and major variations in life cycles.

The pond ecosystem and colonisation and succession are discussed in two further chapters, before the final chapter, which is devoted to the subject of conservation and how best to protect and manage ponds and pond wildlife in Britain today.

In spite of their evident importance, ponds have been largely ignored by freshwater biologists during this century. Ponds, Pools and Puddles makes an invaluable contribution to raising awareness of these popular, yet frequently underrated freshwater habitats, giving them the attention they rightly deserve.

Author: Jeremy Biggs and Penny Williams
Format: Hardback
Release Date: 04/08/2022
Pages: 288
ISBN: 978-0-00-220085-1
Jeremy Biggs, Penny Williams and Mercia Whitfield work for Pond Action, an independent freshwater conservation organisation supported by the WWF-UK. They have been involved in numerous research projects, publications and conferences on the ecology and management of ponds and other freshwater habitats.

Ponds and pools are a common feature of our landscape – there are at least ten times as many ponds as lakes in the UK – and they are also important wildlife habitats. This book provides a comprehensive and detailed account of these freshwater habitats.