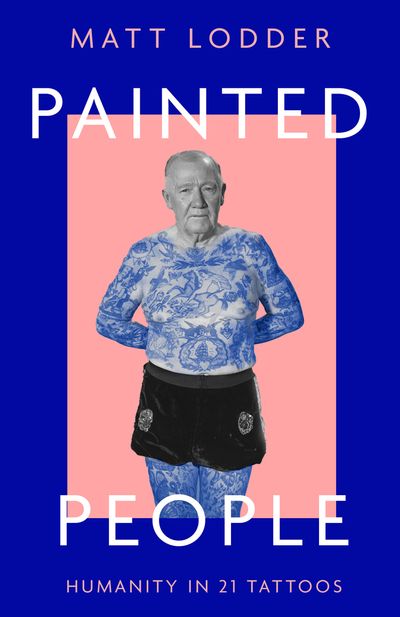 Painted People: A History of Humanity in 21 Tattoos

In 1881, a writer in the Saturday Review called tattooing ‘an art without a history.’ ‘No-one’, it went on, ‘has made it the business of his life to study the development of tattooing.’

For all of human history, we have made permanent marks on our skin – for multifarious, fascinating, reasons. The oldest preserved tattooed skin that survives is European: Ötzi, the famous ‘Iceman’ mummy, whose body is covered in small tattoo marks, allows us a brief glimpse into the pre-history of the practice. Since then, people in every corner of the world have decided to tattoo themselves, from the Maori people of New Zealand, the beautiful Irezumi tattoos of Japan and the British aristocrats of the 1920s; all cultures have performed this ancient artistic practice.

But for the most part, these fascinating histories remain stubbornly untold – glorious characters, unbelievable truths and the lives of people from 5000BC to the present day are hidden on the skin, under layers of clothing.

With access to a wealth of new and unreported material, this book will roll up its sleeves and reveal the artwork hidden beneath them. In Painted People, Dr Matt Lodder, one of the world’s foremost experts in tattooing will reveal what tattoos – and the people who wore them – tell us about a changing world.

Painted People is a beguiling and intimate look at this untold history of humanity.

Author: Matt Lodder
Format: Hardback
Release Date: 29/09/2022
Pages: 240
ISBN: 978-0-00-840206-8
Dr Matt Lodder is the UK’s foremost expert on the history of tattooing. A Senior Lecturer in Art History and Theory at the University of Essex. His research primarily concerns the history of Western tattooing from the 17th century to the present day. His expertise extends to wider history of body modification, including tongue splitting and implants.He is regularly invited to give lectures at venues including the V&A, the Royal Academy, the Museum of London and the National Museum of Scotland. He has written for The Guardian and History Today, and appeared on broadcast media. His latest exhibition ‘British Tattoo Art Revealed’ is currently on tour nation wide.

Painted People: A History of Humanity in 21 Tattoos

In 1881, a writer in the Saturday Review called tattooing ‘an art without a history.’ ‘No-one’, it went on, ‘has made it the business of his life to study the development of tattooing.’