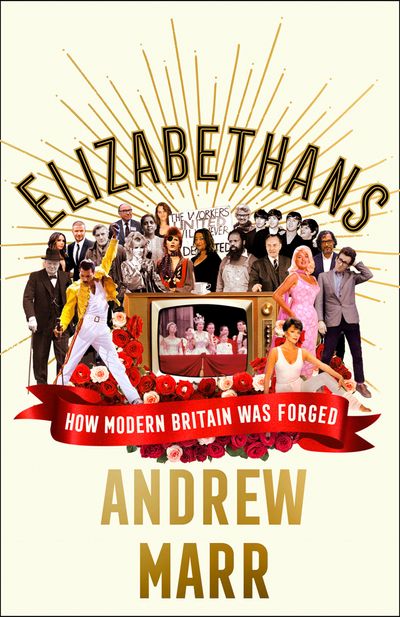 Elizabethans: How Modern Britain Was Forged

Who made modern Britain the country it is today? How do we sum up the kind of people we are? What does it mean to be the new Elizabethans?

In this wonderfully told history, spanning back to when Queen Elizabeth became queen in 1953, Andrew Marr traces the people who have made Britain the country it is today. From the activists to the artists, the sports heroes to the innovators, these people pushed us forward, changed the conversation, encouraged us to eat better, to sing, think and to protest. They got things done. How will our generation be remembered in a hundred years’ time? And when you look back at Britain’s toughest moments in the past seventy years, what do you learn about its people and its values?

In brilliantly entertaining style and with unexpected insights into some of our sung and unsung heroes, Andrew Marr offers up a first draft of the history we are all living. This is our story as the new Elizabethans – the story of how 1950s Britain evolved into the diverse country we live in today. In short, it is the history of modern Britain.

Elizabethans: How Modern Britain Was Forged